We invited a church member who happens to be a law enforcement officer to come and talk with the bears.  He did an amazing job at covering Achievement 7.  We did this achievement over 2 weeks.  First the law officer covered the material and the second week we used what we learned and had a little fun.

For Requirement 7a (above) I made them all sheets to take fingerprints on and a top secret file folder to hold them in.

To make the file folder: 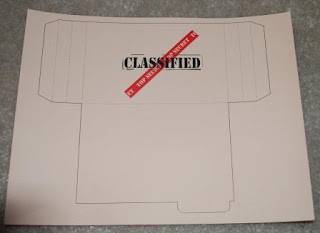 Then you are ready for something to go inside the folder.  You could do this in their book, but not everyone has a book in my den and even if they did, what are the chances they ALL remember to bring them.  I made these so you could just print them out on 3x5 index cards.  I only had ones with lines so I just printed on the white side.  I also wanted to have them so each boy could have their own fingerprints plus one set of every boy there. (I used this for the activity the next week).  I also printed out some extra so I could have a copy of the boys' prints (one hand only).  I told them that this one would be to practice on, but I really needed it for a game the following week.

Download Fingerprint Form Here.
The law enforcement officer gathered the boys around and spoke to them.  (Covered Requirement 7b: Visit your local sheriff's office or police station or talk with a law enforcement officer visiting your den or pack to discuss crime prevention).  He covered with them 7c: Help with crime prevention in your home.  He went over what they should do to protect their home.  He also covered 7f: Know what you can do to help law enforcement.  He talked about 7d: Be sure where to get help in your neighborhood and 7e: Learn the phone numbers to use in an emergency and post them by each phone in your home.  We had already filled out the forms to cover 7d & 7e.  Next time I will do them ALL at the same time.  It would be more fun done that way and you get more accomplished in only one meeting.  To get the forms for requirement 7d and 7e click here.
After he spoke with them we did the fingerprint activity.  That was a lot of fun.  (If there is a boy that isn't there, but normally is you probably want to make him a set of each boys fingerprints for the activity next week).  Don't forget to bring ink to do the prints and baby wipes to clean off their fingers.  I kept their top secret file folder with all the fingerprints in it for the following week. The highlight of the night was when the kids went outside and saw the police car!
Week two:
I made them detective notebooks (The picture I used for the cover is on the same document as the fingerprint form).  I used one of those small notebooks that fit in your hand (maybe 3x5).  Here is just a page of detectives if that will work better for you. 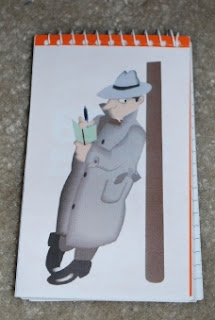 I also purchased some magnifying glasses at the dollar store. 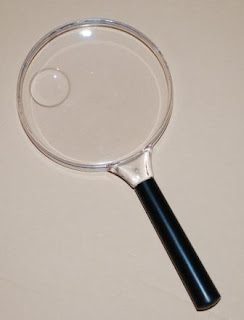 Now it has two creases in the bottom.  It gives it a flat bottom instead of the normal fold.

Then I took an extra file folder and cut it down the crease.  Using a scoring blade on my paper cutter.  I made it about every 1/4 inch (if I remember right - it may be a little smaller).  It works best for folding if you flip the folder over with each score made (score on one side, flip, score on that side, flip, score on this side, etc).  Then fold it back and forth accordion style. 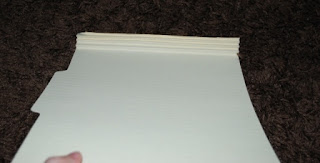 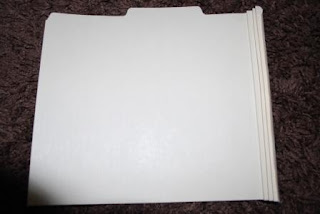 I scored it 7 times and on the 8th I cut it.  I used double sided scrapbook tape &/or glue and adhered the accordion fold to the sides of my file folder.  Now the folder has sides and the items wouldn't fall out of it.  I was going to make them into briefcases, but just left them as folders. 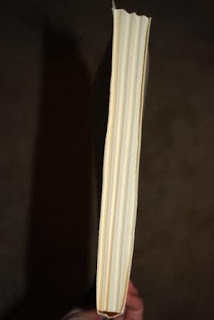 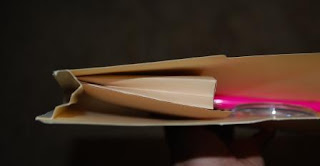 This is my son's.  It is over a month old now and a little smashed up.
Fingerprint Activity
I took the extra set of fingerprints I made myself and cut them apart.  I labeled the back with whom it belonged to (so you couldn't see it through the front) and numbered the front.  I taped them to a wall in the room.  They had to use their fingerprints they collected last week (and their magnifying glasses if they chose) to identify whom each fingerprint belonged to.

Cookie Thief Activity
The object of this station was to determine who had bitten from the cookie.  Supplies: Cookies (I had one cookie for each boy) and Styrofoam plates.  Take the Styrofoam plate and cut into 6 wedges.  Stack two wedges on top of each other and cut off the tip (a fairly large triangle section).  Have a boy bite onto the plate (not hard enough to bite through, but just hard enough to leave an impression of his teeth.  Label the wedge with name and if it is the top or the bottom.  Do this with each boy.  Have each boy take a bite out of one cookie.  Lay each cookie out with a number next to it. When they reach this station they are to identify who took a bite out of which cookie with the help of the Styrofoam plate indention of their bite.  Give them clues to look for missing, crooked, or chipped teeth.
Shoe Mold
For this I made a plaster cast of a shoe print at home (similar to this, but with shoe prints instead of tire tracks) and then brought the plaster cast and a variety of shoes with me.  I numbered each shoe.  They had to identify which shoe made the print.
I had them use their detective notebooks for the three stations.  We had three scouts at this activity so for the fingerprints there were nine fingerprints to identify (I used 3 fingerprints ~ the best ones out of the 5 I had ~ from each boy).  They numbered 1-9 in their notebook and wrote the name of who they thought each fingerprint belonged to next to the number.  They did the same thing for the shoes and cookies.  At the end we went over the answers to see how well they investigated the clues.
Hopefully you understand what I'm trying to say (I'm typing this up with multiple interruptions from children, no wonder I normally do this after the kids are asleep).  If you have any questions let me know.
Posted by Wendy at 11:04 PM